By Chasing Philippines January 13, 2016 211
Share Facebook Twitter Google+ Pinterest LinkedIn Email
Countless times did I plan for an Ilocos getaway and I can no longer remember when it started and almost ended though. I thought I would never ever push this trip and see Ilocos, I almost gave up.

At last, after x number of cancelled flights and numerous times of postponed planned road trips, I got to visit Ilocos this time. #Feels :p

Let me share to you guys how we explored Vigan, Pagudpud, and Laoag in 3 days for less than Php2500 per person.

How To Get There:
Seriously, I really do not have to explain it further since I am pretty sure you have seen Vigan on a lot of travel shows, you have googled it, and just like me, you have dreamt of visiting it. But well, there would be a lot of ways to reach Ilocos — either via plane, public bus, or an 8-hour-private-ride.

In this Ilocos Trip, we brought our own car which was an advantage since we were able to cut off the usual 14-hour public bus ride to 6-8 hours only (Makati to Vigan). We were also able to do some stopovers whenever and wherever we want to. We were able to go around and last but not the least, we were able to meet our budget. Hehe

Since we only have 3 days and 2 nights to explore Ilocos, we carefully chose our Must-Visit Places.

What to See in Vigan:
Calle Crisologo
Calle Crisologo is the main attraction in Vigan because of the old Spanish houses. This is considered as a UNESCO Heritage Site. 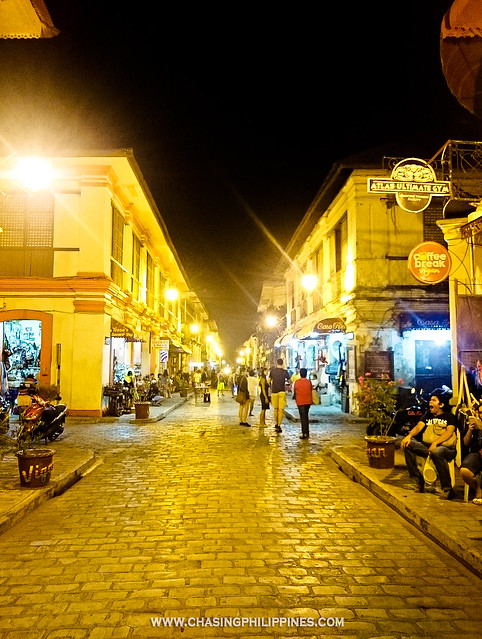 Lights and Sounds Fountain Show
Located at Plaza Salcedo, a visit in Vigan would not be complete without witnessing this fantastic attraction. It’s free anyways. 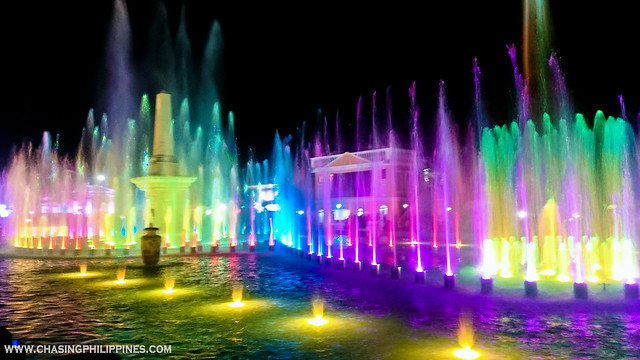 Vigan’s Light and Fountain Show is available everyday from 7:00PM to 8:00PM
Other Places to See/Things to Do in Vigan: Bantay Bell Tower, Baluarte, Syquia Mansion, River Cruise in River Mestizo

Where to Stay in Vigan:
NSCC Plaza Hotel & Convention Center 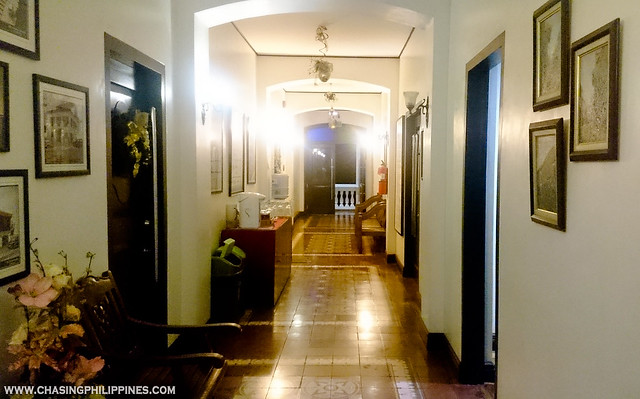 They offer the best rates for budget travelers!
Next Stop: Pagudpud, Ilocos Norte
What to See in Pagudpud:
On your way to Pagudpud,  you’re gonna pass by another municipality – Burgos. Most of the major must-visits in Ilocos Norte are found here.
Cape Bojeador Lighthouse
Also known as Burgos Lighthouse, Cape Bojeador is a cultural heritage structure in Ilocos Norte. The lighthouse was established during the Spanish Era in the Philippines. 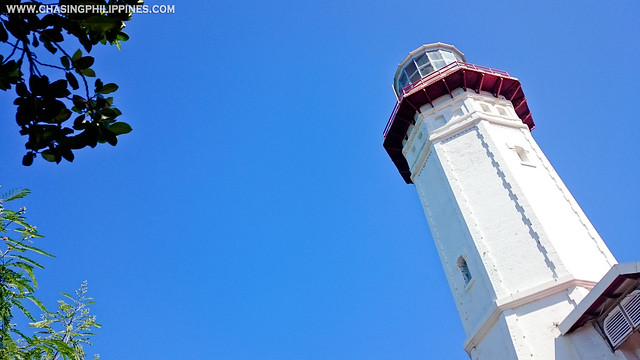 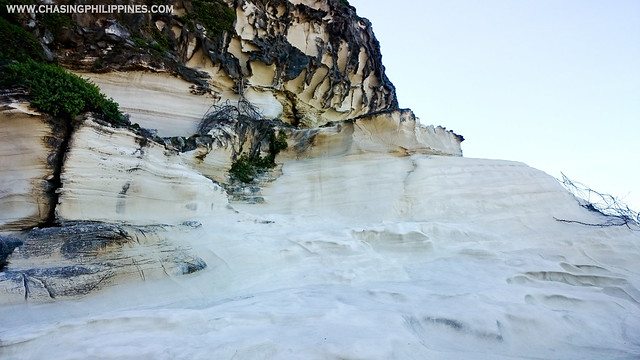 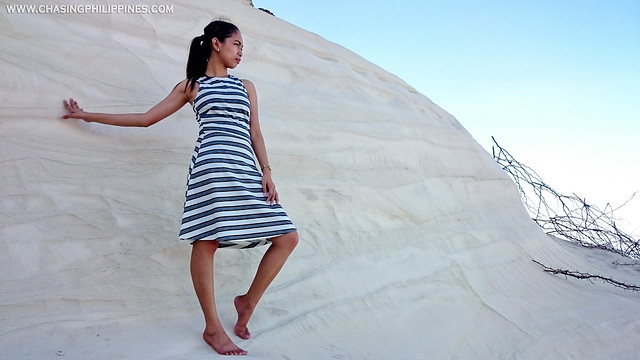 Bangui Windmills
This famous wind farm in Ilocos Norte uses wind turbines to produce electricity. An Ilocos Trip would not be complete without seeing this. 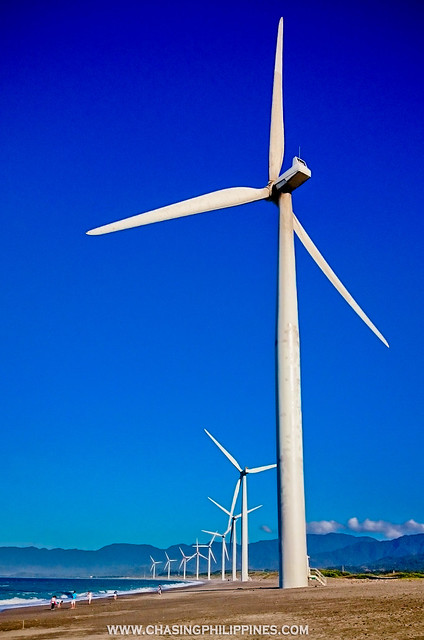 Saud Beach
Saud Beach in Pagudpud is the most popular beach in Ilocos. The sand is white powdery, I love it! 🙂 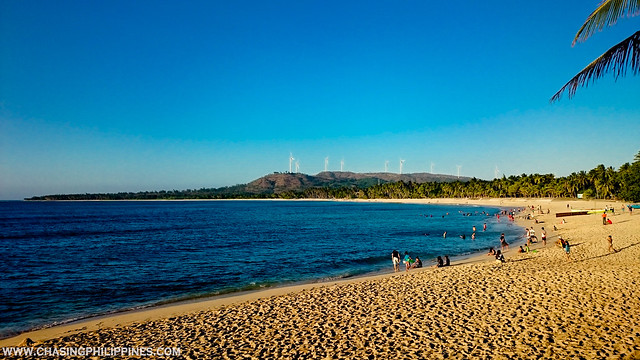 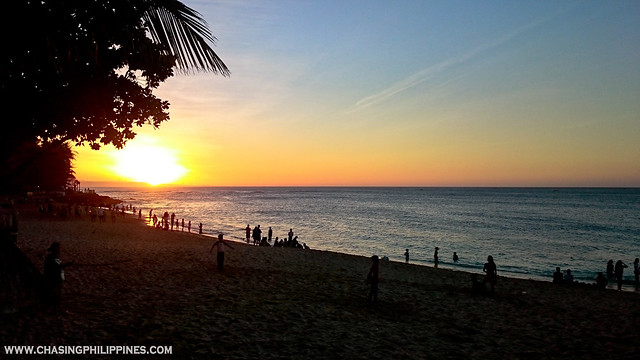 Where to Stay in Pagudpud:
Cathy’s Homestay 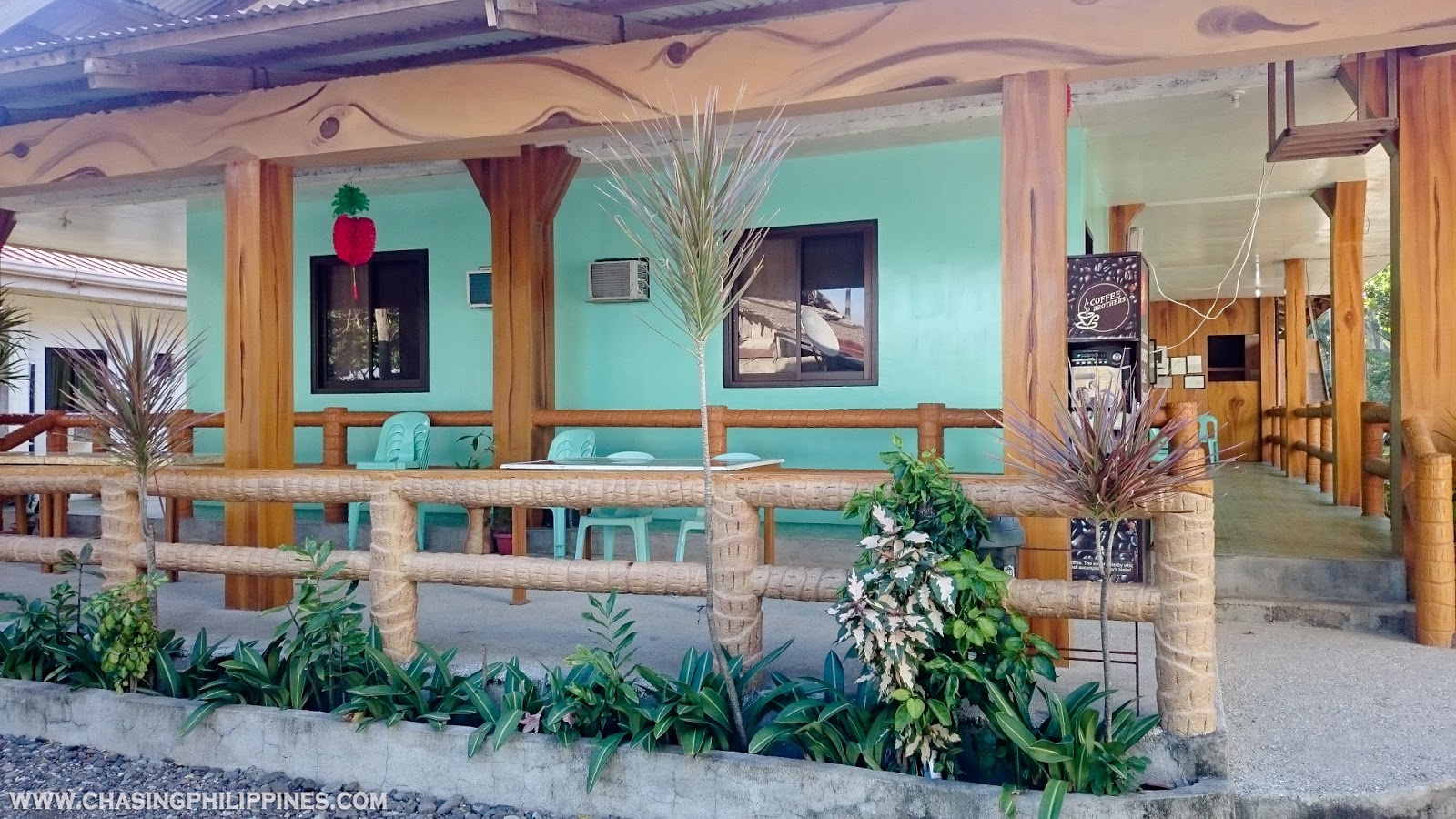 Cathy’s Homestay in Pagudpud, 2 to 3 minutes walk to Saud Beach

What to See in Laoag and Nearby Areas:
Paoay Church
St. Augustine Church of Paoay also known as Paoay Church is a UNESCO World Heritage Site. 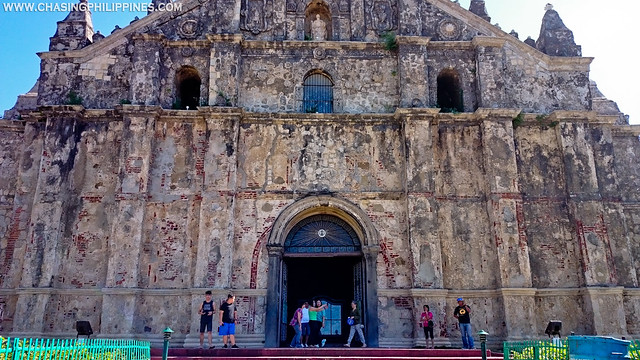 Other Places to See/Things to Do in Laoag: 4×4 Ride & Sandboarding in Paoay Sand Dunes 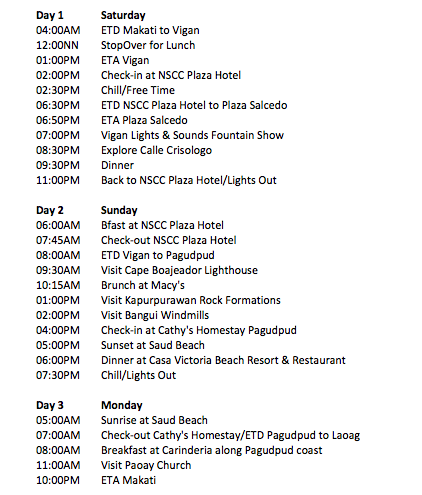 This coming summer, where are you headed to?
Previous ArticleWhere to Stay in Baguio: Hotel Elizabeth
Next Article Philippines’ First Flying Adventure: Trampoline Park is Coming Soon!